The band was formed in January 1967 as the 1 Group (Bomber Command) Pipes and Drums and we are all very proud of our Bomber Command roots.

From those early days the band has gone from strength to strength and is currently one of the largest pipe band units in the armed services. Held in high regard across the piping community the band now known as The Waddington Pipes and Drums are in great demand for performances at home and overseas.

The band wears the RAF Tartan, the colours of which can be interpreted in many ways, the blues reflect the changing mood of the skies that we protect, the white stripe for the clouds and the blood-red stripe in honour of the fallen.

There has always been a long tradition of piping and drumming in the Royal Air Force, bands formed throughout the UK and overseas, Singapore, Egypt, Cyprus and Germany to name but a few locations. Every year Boy Entrant and Apprentice Units at Saint Athan, Halton and Cosford churned out trained pipers and drummers in great numbers and they spread their music far and wide.

The County of Lincolnshire has never been closely associated with the Great Highland Bagpipe. Never, that is since the far-sighted William Shakespeare’s allusion to the “drone of a Lincolnshire Bagpipe” in his King Henry IV Part I.

In January 1967, however, the threads of the story were taken up where the Bard left off, and the newly formed No 1 Group (Bomber Command) Pipe Band began to show its face and music to the world. The band was an amalgamation of the RAF Scampton and RAF Waddington pipe bands which had formed independently in September 1965.

The Band Officer and main force behind the establishment and funding of the band was a piper, Flt Lt. Keith Knight from 101 Vulcan Bomber Sqn at Waddington. It was mainly due to the hard work and effort on Keith Knight’s part all those years ago that piping and drumming have become an integral part of RAF Waddington. Keith also established the first World’s Bagpipe Altitude record of 43,000 feet in a Vulcan bomber.

In September 1967 the RAF Finningley pipe band was absorbed into the 1 Group band. That first summer the band carried out over 30 engagements and parades, the climax of the 1967 season was leading the march past at the Nijmegen festival in front of the Dutch Royal Family and an audience of millions.

1968 was a very significant year, it was the 50th anniversary of the formation of the Royal Air Force and Bomber Command was amalgamated with Fighter Command to form Strike Command.

The band became No 1 Group (Strike Command) Pipe Band and during the Vulcan the band and its members enhanced their reputation with performances in the USA, Canada, the Far East and Europe.

With the demise of the Vulcan fleet the station changed roles and left 1 Group, the band was renamed and became the RAF Waddington Pipe Band. Aircraft and personnel changed as part of 2 Group but the band played on. 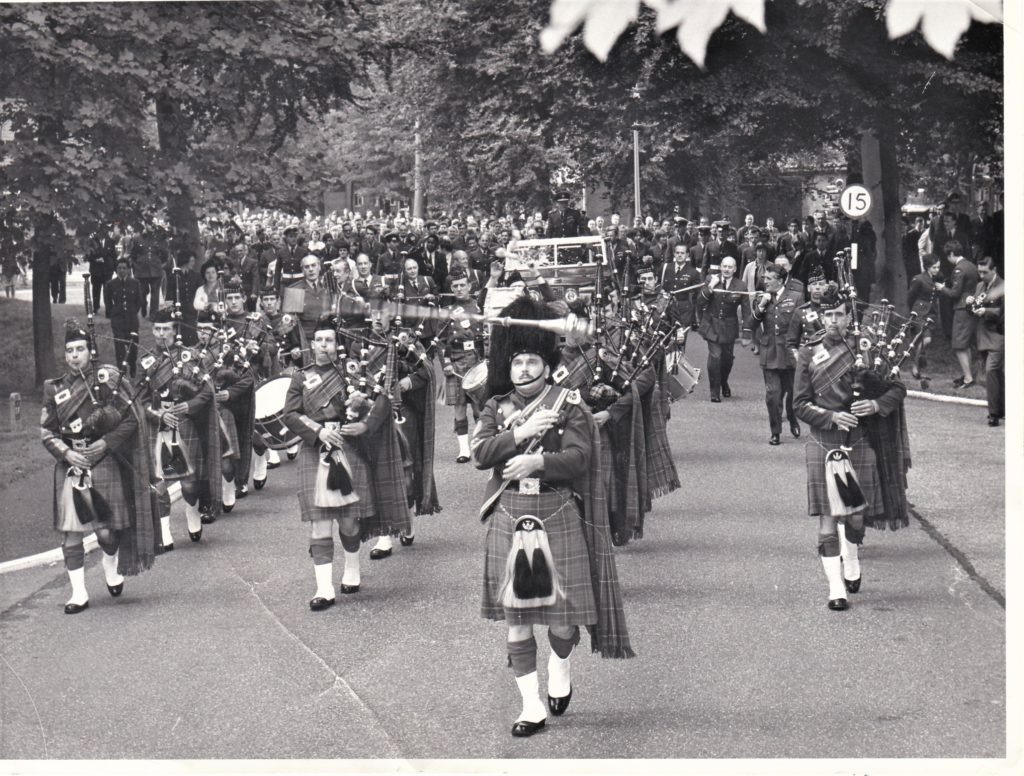 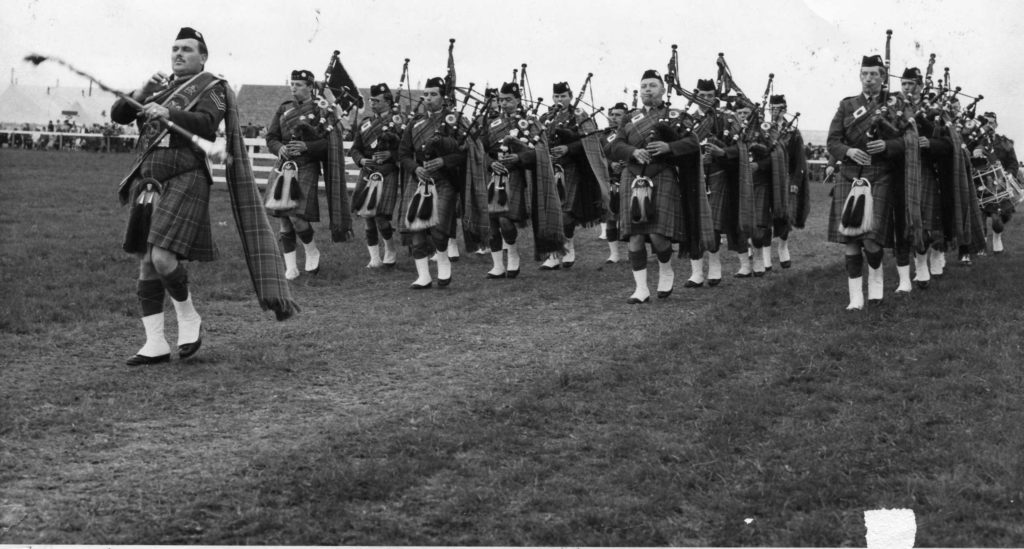 I have been researching my Uncle and his crew for many years and have an awful lot of information, enough to write a small book! A lot of this information is in the public domain and easily obtained so I’ll keep it to a more personal level. PB542 was the number allocated to the Lancaster […]

Connecting with the Past

For the last 18 months or so, during the lockdown periods I have been researching my mother’s ancestry. We didn’t know a lot to start with – her mother was not very forthcoming with details when she was alive, and sadly her father died when she was just 2. Fortunately, there was one thing in […]

M/Nav JH ‘Sam’ South Re-Inv 0458 ROR John South was a Londoner who volunteered for the RAF when he was 20 in 1942. He completed RAF Basic Training and then went to South Africa for his aircrew instruction, as an Observer and Air Bomber. When he returned to the UK he went to Operational Training […]