On the 25th April 1944 Flight Sgt Navigator Bob Burns, along with other members of his crew (Pilot F/O Bishop) climbed aboard Lancaster J-Jig having been briefed that the nights operation was to be Schweinfurt a small town in Bavaria containing a factory which produced a major supply of Germany’s ball bearing requirements.  After flying a very hostile route because of night fighters and changing weather conditions they arrived over the target at 17,000 ft, around 2.30 am, amidst fires, smoke searchlights and flak.  Jack Pickstone, the bomb aimed, gave his skipper the approach instructions for bombing.   On release of the bombs the Lancaster jumped into the air having released its deadly load.

Almost immediately the Lancaster was attacked by a night fighter at which point the rear gunner, Bill Stevens shouted “I’ve got the bastard, he’s going down”.  Simultaneously an alarming crunching noise ripped through the Lancaster and the bomber now on fire went into a steep dive. Bishop, the pilot shouted, ‘Bale out’, and the crew reacted immediately. Bob, after clamping on his parachute, climbed with difficulty over the main spar and headed for the rear door.  By now the aircraft had gone into a spin and the crew found themselves pinned to the floor due to the G-force.  Bob had resigned himself to the inevitable when, at around 3000 ft, there was an enormous explosion and he was propelled upwards and outwards through the roof of the bomber, being knocked out in the process.  The cold night air brought him to his senses and it was then that all the previous training kicked in.  He pulled the parachute rip cord and floated gently to earth, arriving with a bump in a ploughed field.

He discovered that the battle dress trouser covering his right thigh was torn to shreds and although in no pain his thigh was covered in blood.  Bob had landed near to a small town called Arnstein, 20 Km. south of Schweinfurt.  Bob and Jack Pickstone were the only crew members of Lancaster J-Jig to survive.  Of the 199 Lancaster’s detailed to bomb Schweinfurt, 16 were from 106 squadron. Twenty one aircraft failed to return which included five from 106 squadron.  Finally captured in the yard of the local railway station Bob was taken to a local cottage hospital, run by Nuns.

After around 3 months of treatment and with parts of Lancaster J-Jig finally removed from his thigh he was taken to Stalag Luft VII. At Bankau in Silesia  Shortly after arriving imagine Bob’s surprise when, on the 24 November, a crate of musical instruments arrived, curtesy of the Red Cross.  Bob immediately laid claim to the saxophone and the clarinet which he says were better quality than the ones he had at home.  He immediately set about forming a 14-piece orchestra writing all the music for the other instruments. 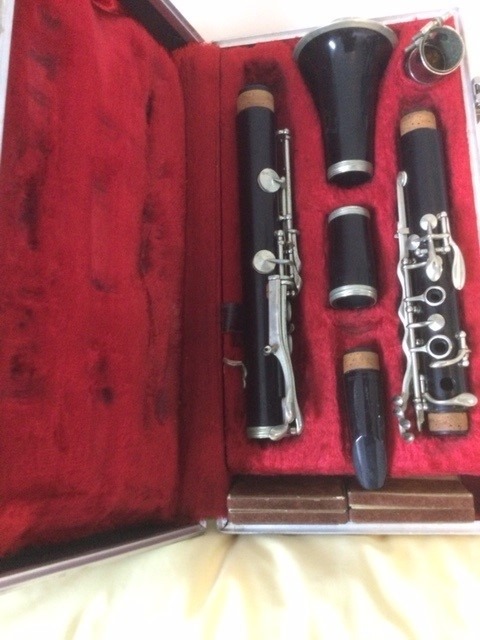 Unfortunately, Bob’s time at Stalag Luft VII was not to be for long as the camp had been built on a direct path of the advancing Russians heading for Berlin.  At 3.30 am on the 19 January 1945 around 1,500 prisoners were given two and a half days rations and evacuated from Bankau into a raging blizzard and one of the severest winters in memory.  Bob of course was one of these prisoners carrying with him his most prized possessions, a saxophone and a clarinet.  Although regularly falling from his grasp because of the cold, no way was he going to leave them behind.  For three weeks they marched in atrocious medical and weather conditions sleeping in barns and cattle sheds surviving on very limited food.  They arrived at Goldberg on 5 February, after walking 100 miles, suffering from dysentery, malnutrition and frostbite and were herded into cattle trucks and taken to Lukenwalde near Berlin.  Luckenwalde was greatly overcrowded and food just as scarce as on the walk.  Amazingly very few prisoners died on this walk. 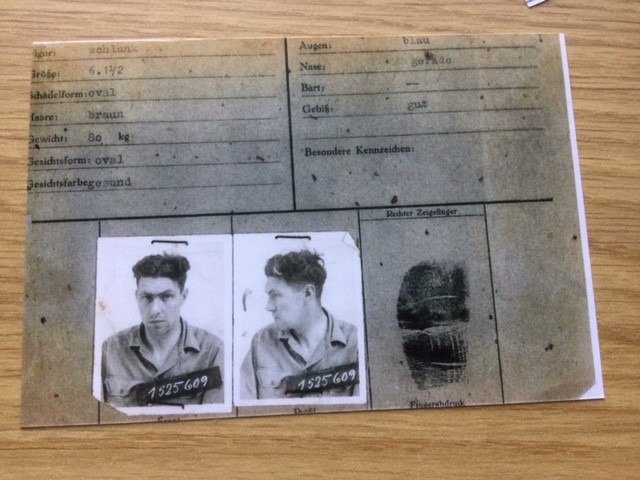 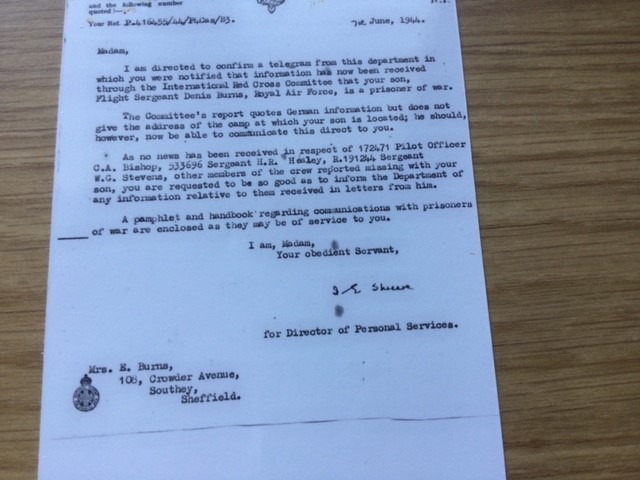 The Russians arrived on the 21 April, handed over the prisoners to the Americans and Bob finally was sent home on two weeks leave.

Bob remained in the RAF, now promoted to warrant officer, until the end of 1946, returning to his musical career.  He then retrained as a civil engineer, a job he continued to do until retirement in South Devon along with his wife Anne and two sons, Peter and Tim.

Bob carried on playing his treasured saxophone with all its memories for family and friends until he died aged 95 in 2015. 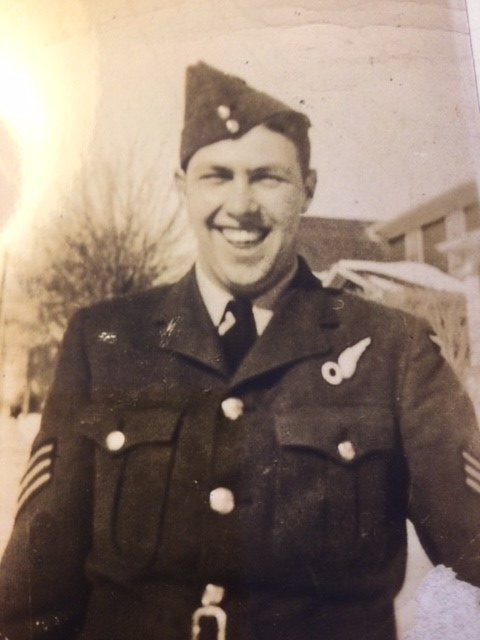 “The Long Road” by Oliver Clutton-Brock gives a detailed description of the 100 Mile walk.

PETER JOHN HORSHAM joined the RAF as an apprentice and was a founding member of 619 Squadron which was formed on the 18th April 1943 At Woodhall Spa, Lincolnshire. He was previously a member of 97 Squadron when he flew a total of 12 Operations with the McLeod Crew. He was one of the 3 […]

On the 6th August 2021 approximately fifty relatives and friends gathered at the IBCC for the unveiling of the Nimrod Ribbon of Remembrance stone. The stone honours all those who served or supported the Nimrod Force and are no longer with us, but it especially recognises friends lost on three Nimrod accidents during it’s time […]

The band was formed in January 1967 as the 1 Group (Bomber Command) Pipes and Drums and we are all very proud of our Bomber Command roots. From those early days the band has gone from strength to strength and is currently one of the largest pipe band units in the armed services. Held in […]