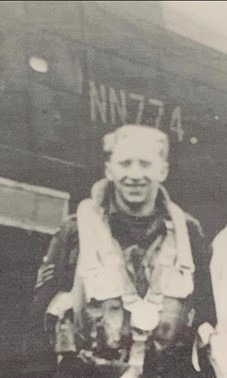 He joined 630 squadron at East Kirkby, Lincolnshire on 22nd October 1944 as a navigator and completed 31 missions, one of which we believe he volunteered for due to another navigator being unable to fly. 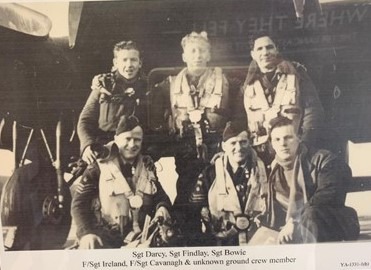 He never mentioned the war or the missions he took part in but he never liked to fly as he said he had done enough of that!

He sadly passed away on 17th August 1994 at the age of 70 and we only found out about his RAF life by finding his log book and pictures of him and his crew at the Lincolnshire Aviation Museum, which is at his old base at East Kirkby.

We placed the stone at the IBCC Ribbon of Remembrance in 2019 to commemorate his service and the inscription is one of his favourite sayings and has special meaning to our family.