On the IBCC Ribbons Of Remembrance are a series of Stones which are dedicated to the memory of a crew from 460 Sqn RAAF who were based at RAF Binbrook. Very close to the Chadwick Centre in Block 1, we have a Ribbon for a Bomb Aimer Arnold Kloeden, then in Block 2 are six Ribbons for the crew of a Lancaster PB812 which crashed at Caythorpe near Grantham on the 10th February 1945. 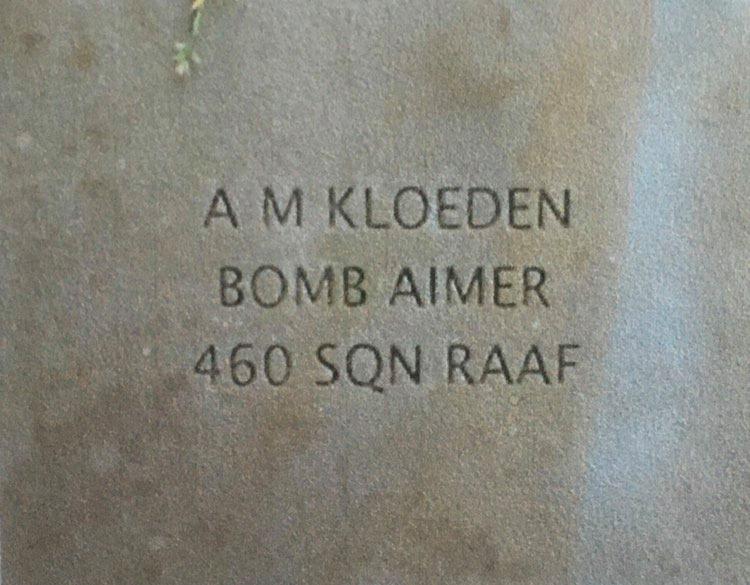 This was a very close knit crew, as many of them had travelled across to England on the same troopship from Australia. They first crewed up in August 1944, whilst undergoing their Operational Training at RAF Hixon, flying the Wellington Bomber. Then in December 1944 they were posted to No 1656 Heavy Conversion Unit at RAF Lindholme, to convert onto the Lancaster. Here they were joined by an Englishman, called Freddie Nesbit-Bell who hailed from Bristol and was the flight engineer.  Why was he flying with an all Australian crew?

With the introduction of the heavy bombers and the decision to go to one pilot operation, the new trade of flight engineer was introduced. He would assist the pilot with throttles, monitor fuel and hydraulics, and carry out any immediate action drills in the case of engine fires or failures. Freddie was a pilot in his own right, having trained in Canada, but he retrained as a flight engineer, because of shortages. Many RAF personnel were transferred to this new trade, which is why you often found them flying with other nationalities. But Freddie did not need to join the war effort, as he had a reserved occupation, he was a Police Constable in Bristol. Eight Police Constables from Bristol volunteered for the Services, Freddie was the only one not to return home when the war finished.

Having completed the HCU the crew were posted to No 460 Sqn. The crew, five of them even owned a car together, so they could explore the Lincolnshire Wolds. The crew were rarely apart in their leisure hours and Arnold Kloeden said they worked in a greater harmony than any other crew he had seen.

On the morning of Saturday 10th February 1945, Pilot Officer Dick Miller took off from Binbrook on a crew training sortie (Navex) with five members of his crew. The Bomb Aimer’s position was empty because Arnold Kloeden had been ill and was just being released from hospital, so didn’t have time to prepare for the flight. The crew were flying a Navigation Exercise and whilst on the leg from Luton to Scunthorpe, a catastrophic accident occurred. At 15:50 hrs the Lancaster was witnessed by some local schoolboys in a vertical dive over the village of Caythorpe and crashed near Love Lane close to the railway station. None of the crew survived the crash, there was speculation that problems with the autopilot may have contributed to the accident, as this had caused problems on a previous flight.

The deceased crew’s remains were placed in one coffin and they were buried at Cambridge City Cemetery. The parents and sister of Tony Robinson, the air gunner attended, along with family members belonging to Freddie Nisbet-Bell. The Chief Constable of Bristol also came and paid his respects. Arnold Kloeden represented all those Australian families who were unable to attend.

After the war, Arnold Kloeden returned to Australia and eventually died in 2003. On the 10th September 2016 a memorial service was organised by Linda Pope, the niece of Rhod Pope, which was held at St Vincent’s Church in Caythorpe. This was attended by family members of the deceased crew and two plaques were laid. One is located at the church, the other is on Love Lane close to the crash site. 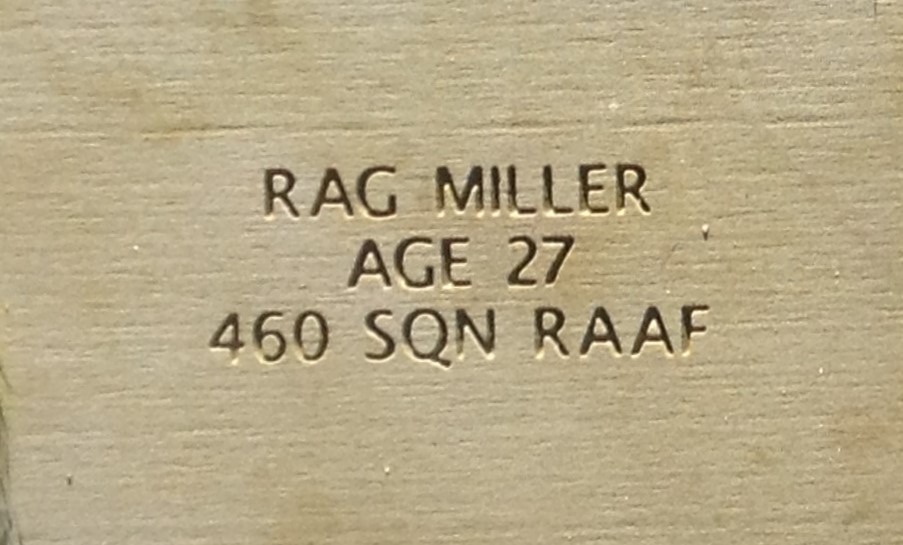 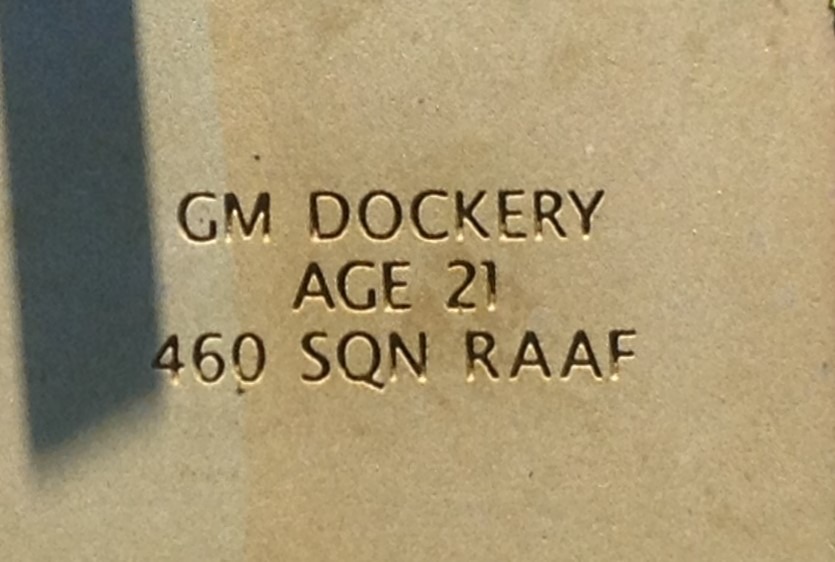 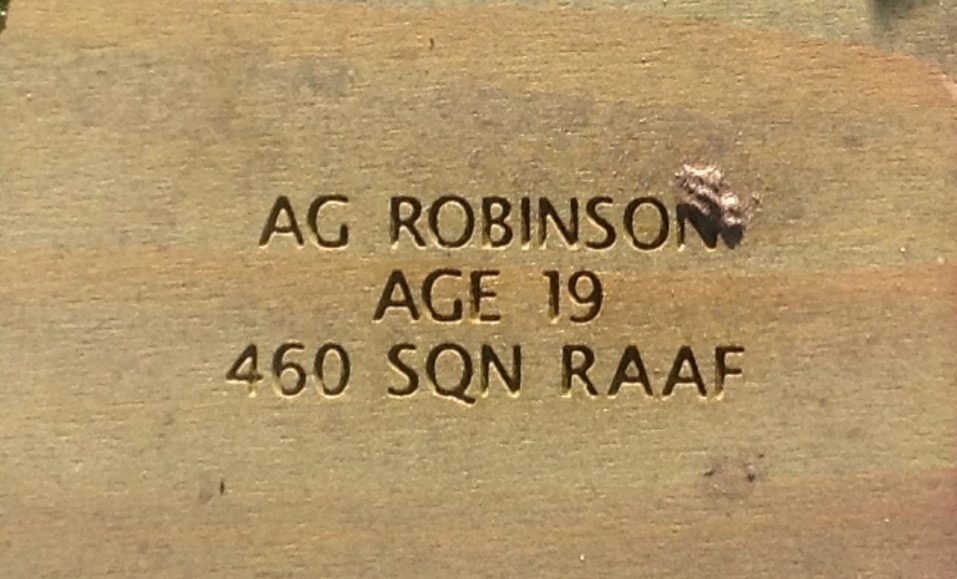 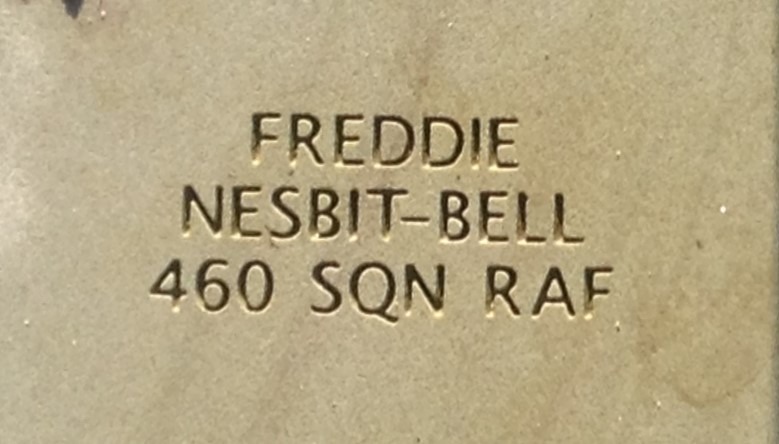 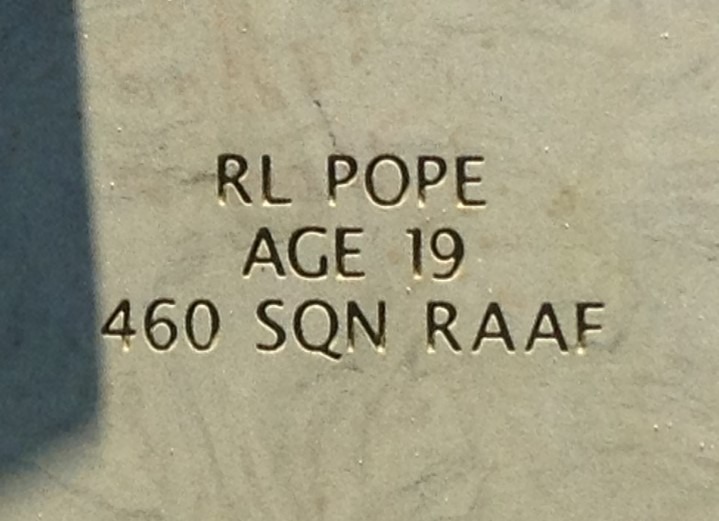 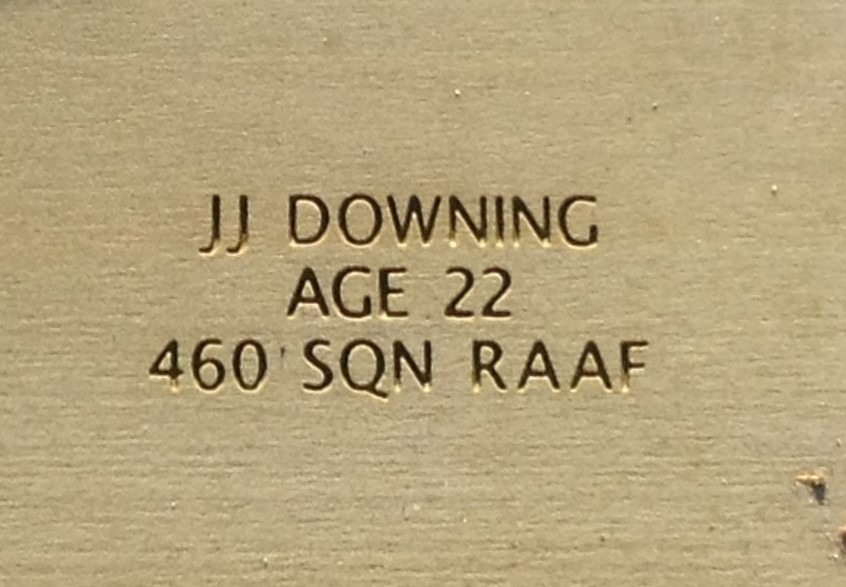