His full name was George Robert Ian Taylor but he was always known to family and friends as Ian.  By the time he joined the RCAF he was a well-travelled young man. He was born on News Year Eve 1918, in Kingston, Jamaica, to Marguerite and William Robert, who worked for the Cuban Sugar Corporation, allowing him Cuban nationality. He survived typhoid at the age of eight.  After having moved to the USA he went on to be educated in Atlanta, Georgia.  He was living in Alabama when he enlisted in the Royal Canadian Air Force (RCAF) on 17 June 1941. He trained in Canada before arriving in England in May 1942 and had completed his training with 23 Operational Training Unit (OTU) by July 1942.

405 (Vancouver) Squadron was in the process of moving from RAF Topcliff for detachment at Beaulie (Hampshire), when Halifax DT576 was lost. Possibly overloaded with equipment including bicycles and eight extra passengers, they took off at 10.05, possibly realising something was wrong, the pilot turned the aircraft back towards to the airfield. The aircraft was seen to roll onto its back at 300ft before stalling due to low altitude and crashed, killing all 15 on board.

It was one of the worst non-operational accidents of the war.  Sergeant ‘Ian’ Taylor was buried in Dishforth Cemetery, Harrogate, North Yorkshire – Grave #43. 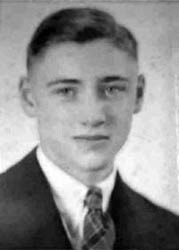 FS Norman Ross was born in Moncton, New Brunswick. Before signing up he had been a scoutmaster and a bank clerk. He enlisted on 15 May 1941 and was awarded his pilot’s badge on 27 February 1942, arriving in the UK a month later to complete his training at 23 OTU and 405 Conversion flight before being posted to 405 Squadron on 14 October 1942. 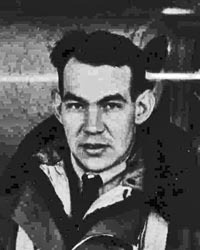 FS Ralph Milliken was born on 21 December 1919 in Vancouver, British-Columbia and had worked as a boat builder before the war.  He enlisted on 29 August 1941 and was awarded his Air Gunners badge 15 February 1942. He was posted immediately to the UK and completed his training with & AGS and 23 OTU before posting with 405 Squadron on the same day as Norman Ross. 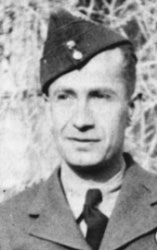 PO Allen Bradley was born on Christmas Day 1912 in Saskatchewan and lived close to Last Mountain Lake. He married Galdys Gwilliam in July 1940 and was working as the Principal of Duval Consolidated  School when in enlisted with the RCAF in Regina in July 1941. He trained in Canada as an observer, which he completed in February 1942. His training in the UK was with 9 (O)AFU and 23 OTU but switched to an air bomber with 420 Squadron in September 1942. His conversion training for the Halifax at 405 Conversion Unit and then 1659 Heavy Conversion Unit and was post to 405 Squadron on 8 November 1942. 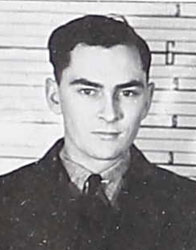 Sergeant Earl McGillivary was born 12 October 1918 in Saskatchewan and grew up on a farm, but wanted to attend aeronautical school which he succeeded in 1937 in Moose Jaw. He enlisted with the RCAF in July 1940 for ground duties as an engine mechanic. He arrived in the UK February 1942 and was posted to 416 Squadron, which flew fighters. Bomber Command needed more Flight Engineers, so Earl retained at No.4 Technical School and was awarded his badge 23 September 1942 and after completing his training was posted to 405 Squadron on 8 November 1942. 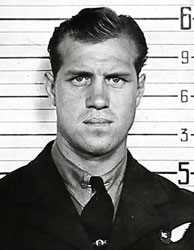 Sergeant Orlando Hamel was born on 17 November 1915 in Sault Ste, Ontario. He married Kathleen Kearns in 1937 and worked in a gold mind and then in a nickel mine before enlisting with the RCAF in August 1941. He was awarded his air gunner’s badge 31 July 1942 and was in the UK soon after where he trained with 7 AGS, 405 GF and 1659 HCU and along with the rest of the crew was posted to 405 Squadron on 8 November 1942. 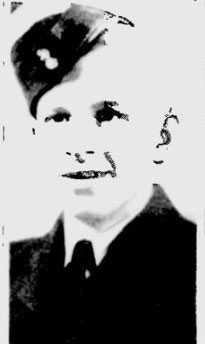 Born on Mid Summers Day 1921, FS Melville Stanley enlisted straight out of school on 16 September 1940. He trained in Canada and was awarded his air gunners badge on 24 November 1941. In the UK, he finished his training before being posted to 420 Squadron and later to 405 Squadron Conversion Flight on 13 October 1942 before joining the squadron on 8 November 1942. 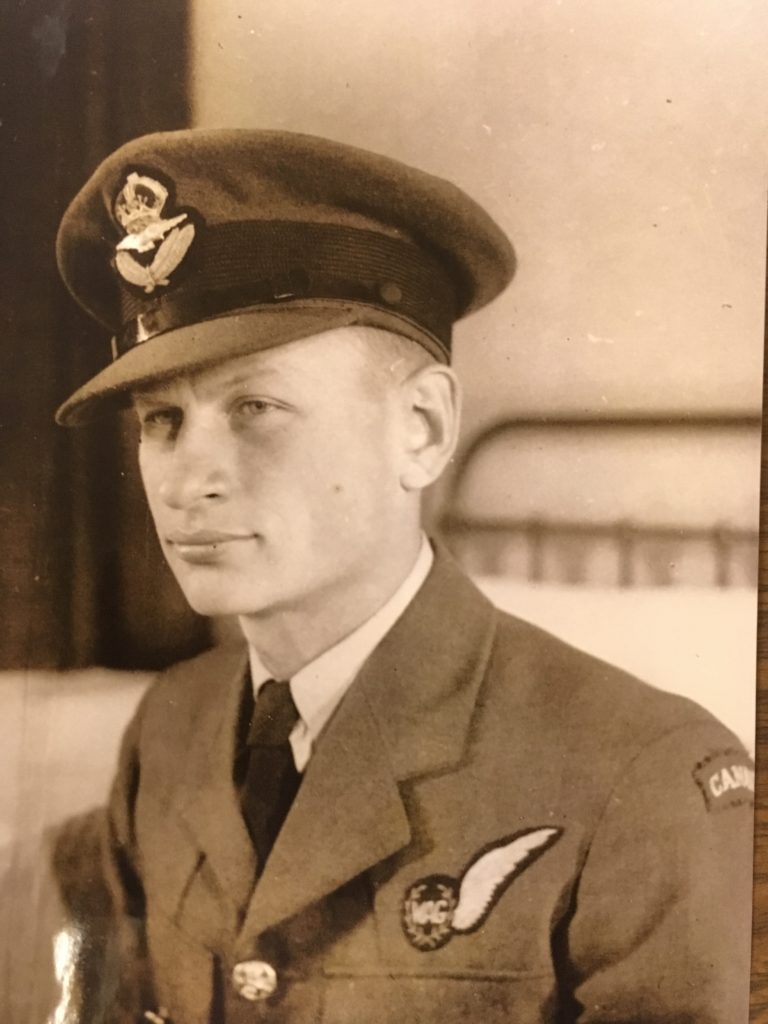 FL Benjamin Enns was born 8 May 1916 in Manitoba but attended school in Texas and Kansas before returning to Canada after his father’s death. He enlisted with the RCAF in March 1941, receiving his air gunners badge February 1942 and leaving for the UK. Where in May 1942 he trained at  No. 1 Signal School and 23 OTU before posting to 405 Squadron Conversion and being posted to the squadron on 14 October 1942. During his training he had married ACW Helen Hunter. She was a Scottish native and he is buried in Airth, Scotland upon her wishes.