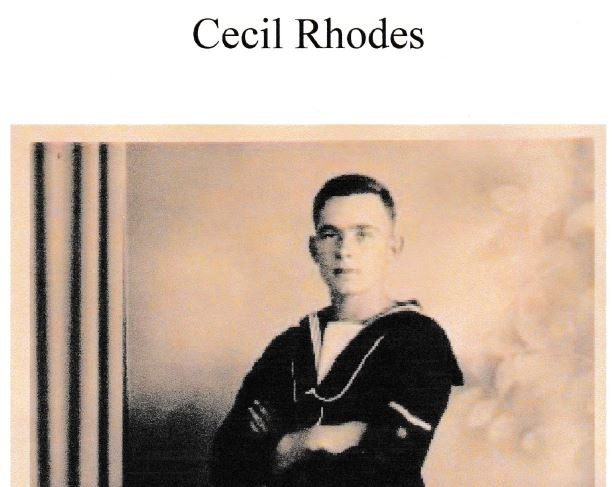 Cecil Lionel Rhodes RAFVR 1100648 was born on 23rd April, St. George’s Day, 1922 and was brought up alongside his brother and sister, Wilfred, and Lilian, by his parents Sarah and Harry Rhodes at their home in Lincoln Street, Newark, Nottinghamshire.

He joined the Royal Air Force Volunteer Reserve as soon as he was old enough and was called up to full military service on 14th June 1940, with the service number 1100648. He began his military service at No.3 Recruitment Centre, Padgate. 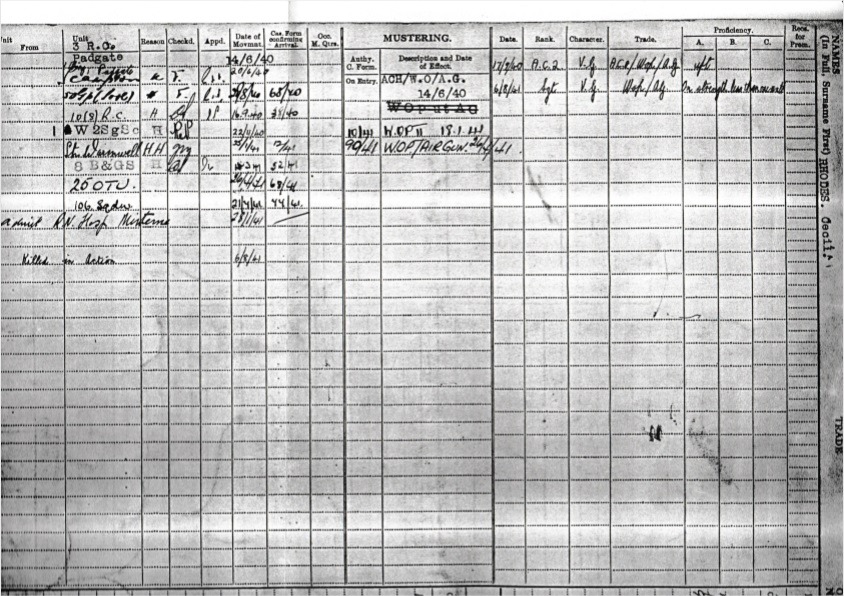 After periods of training he qualified as a Wireless Operator/Air Gunner and was promoted to the rank of Sergeant.

He served with 25 Operational Training Unit on the Hampden Mk 1 Bomber from April 1941, joining 106 Squadron at RAF Coningsby, Lincolnshire, in July 1941. 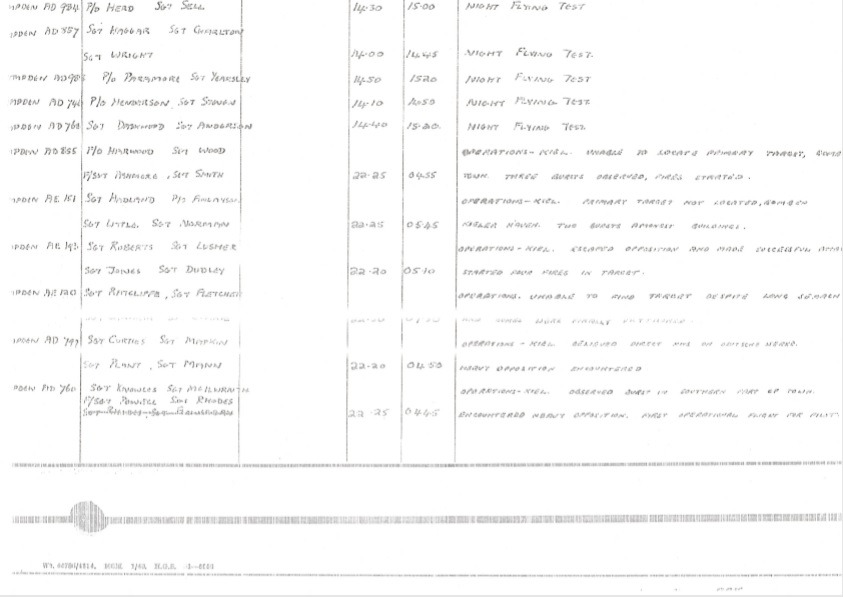 After completing a successful wireless transmission test flight in Hampden Mk 1 AD919 on 30th July, he served on one successful operational mission against the Deutchse Werke in Kiel on 2nd August 1941 flying in Hampden Mk 1 AD760. It was the first operational flight undertaken by the pilot. The bomber report showed a burst was observed in the Southern part of the town after their attack.

At 22.25 on Tuesday 5th August his crew took off from RAF Coningsby in Hampden Mk 1, AE120, on a fatal mission to Ludwigshafen. Their aircraft was shot down by a German night fighter on the return flight at around 01.00 on Wednesday 6th August 1941 over the Dutch village of Gendringen. The burning aircraft crashed into a house and attached furniture factory at Groot Breedenbroek in the municipality of Gendringen about 20 miles from Arnhem, near the German/Dutch border, killing all members of the crew and two children in the house. 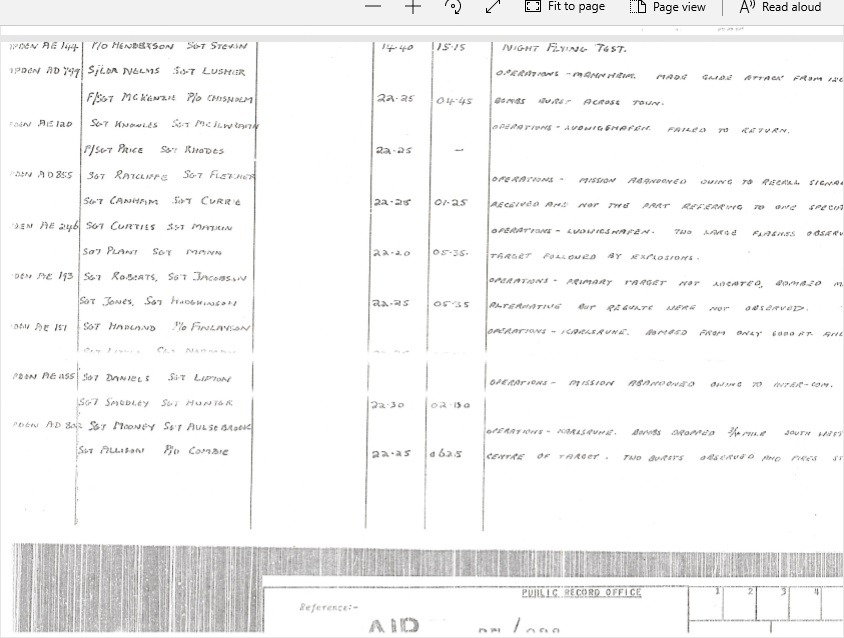 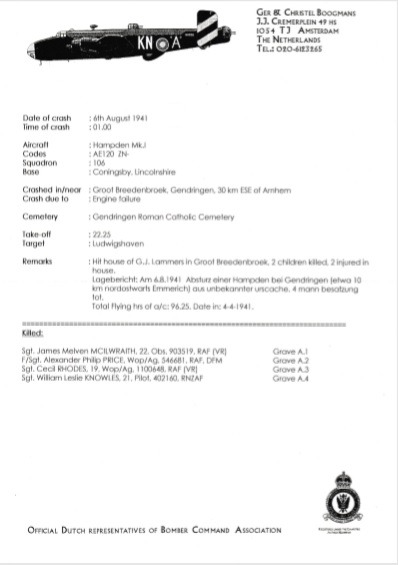 Sergeant Cecil Rhodes, 1100648, 106 Sqn RAFVR, is remembered with honour by his family and his military grave is maintained by the Commonwealth War Graves Commission and by local Dutch families in the Roman Catholic cemetery in Gendringen, Netherlands. The following photograph is of the parachute silk commemoration from the Dutch villagers. 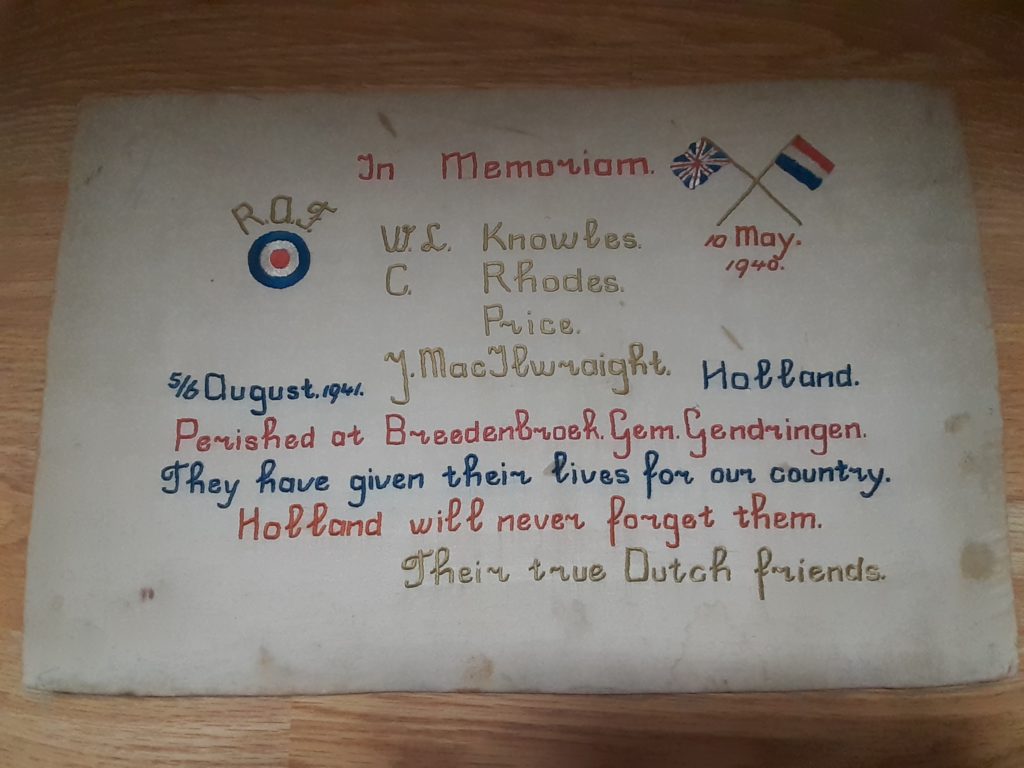 His name is commemorated on IBCC Panel 89 and Ribbon Stone 0258.