One of the pleasures of being a Volunteer Tour Guide at the IBCC is the chance to meet and chat with veterans or their relatives. One day whilst guiding I got chatting with David Hall and his twin sister Carol who were visiting the Centre. As we walked up the Ribbons Of Remembrance they stopped to show me a Stone they had laid in memory of their father, a father they hardly got to know, they were just 15 months old when he was killed in Norway.

Tirpitz was the second of the Bismarck Class Battleships built for the German Navy. Named after Grand Admiral Alfred von Tirpitz it was armed with a battery of eight (15 inch) guns, housed in four twin turrets. In early 1942, the Tirpitz sailed to Norway acting as a deterrent against an Allied invasion. Whilst stationed in Norway, the ship was intended to be used to intercept the Arctic Convoys heading to Russia. Tirpitz was Churchill’s nemesis, it was a formidable ship and it would take a formidable effort to destroy it.

In between October 1940 and November 1944, 26 Operations were mounted to destroy Tirpitz.  During ‘Operation Title’ they used two Chariot Manned Torpedoes, but mechanical failure stopped the attempt, whilst in ‘Operation Source’ four Midget Submarines were deployed, which did manage to cause extensive damage. Finally on the 12th November 1944, Operation Catechism saw 32 Lancasters attack the ship at Tromsø,  eventually causing it to capsize after three direct hits.

On the 30th March 1942 No 4 Group mounted an attack on Tirpitz using Halifax aircraft picked from 10 Sqn, 35 Sqn and 76 Sqn, operating at forward bases at Lossiemouth, Kinloss and Tain in Scotland. The raid consisted of 12 aircraft each from 76 Sqn and 35 Sqn, with 10 aircraft getting airborne from 10 Sqn. The total distance to the target and return to base would be 1300 miles with a flight time of 8 hrs 30 mins, the raid was planned in two phases with 76 Sqn dropping 4000 lb HC bombs. Phase 2 would see 10 Sqn and 35 Sqn flying into Faettenfjord at 600 feet carrying Mines and Incendiaries. On reaching the Norwegian coast the weather was clear with bright moonlight, but on arriving in the Trondheim area sea fog and 10/10 cloud were obscuring the target.  Tirpitz was moored next to a cliff making an air attack more difficult, cut down trees were laid over the deck as camouflage, and if need be, Tirpitz could create clouds of artificial fog by mixing water with chlorosulfuric acid. Many of the aircraft had to jettison their bombs on searchlight and flax batteries, and because of the sea fog and haze, it was difficult to make any damage assessments.

In nearby Hemnefjord the local people could hear aircraft en route to and from Faettenfjord. A young man witnessed an aircraft flying erratically and descending, as it passed over a small island called Sørfuglan there was an explosion onboard and the aircraft crashed. It is possible the aircraft was hit by German Anti Aircraft guns at nearby Hemnskjel.

The following morning people found debris and dead fish around the fjord carried by the currents, this could be from W1043 ZA-F, although nearby another Halifax from 10 Sqn had also crashed, that was W1044 ZA-D.

Four days after the crash of W1043, the body of the Sqn Ldr Frederick Webster was washed up near the Lighthouse at Terningen. No remains of the other six crew were ever found. On the 8th April 1942 Sqn Ldr Webster was buried at Trondheim Stavne Cemetery along with four airmen from 35 Sqn, who had perished when their two Halifax aircraft were shot down. Three bodies were recovered from the crash of W1044 and initially buried in a local cemetery at Heim before being moved to Trondheim Stavne Cemetery after the war.

In 2005 David Hall travelled to Norway to visit the crash site where his father perished. He was accompanied by Wynne Hines the sister of the Air Gunner Plt Off Sam Leney, who was 22 years old at the time of his death. During the visit they went out by boat to the spot between Sørfuglan and Jamtøya where it is believed Halifax W1043 came down. David placed a wreath in the water as they paid their respects to the airmen who lost their lives that day. A dram of whisky was also poured into the fjord. At last David and Wynne had the chance to say goodbye to their loved ones.  Whilst in Norway they also went to Stavne Cemetery to visit the grave of Sqn Ldr Webster, the only crew member recovered from the crash. The remaining crew are honoured on the Runnymede Memorial for all those airmen who have no known grave.

Six of the thirty-four aircraft that took off failed to return.

R9438 flown by FS Bushby, this aircraft had made it back over the North Sea almost to Shetland from the Tirpitz, but crashed in to cliffs at Fitful Head on Shetland killing all the crew.

R9453 flown by Sqn Ldr Burnett was last heard from en route back to base passing over Sumburgh and are believed to have ditched in the sea somewhere off Sumburgh Head.

Despite the best efforts of the Halifax force, little or no effective damage had been inflicted on Tirpitz during the 30th March 1942 attack. 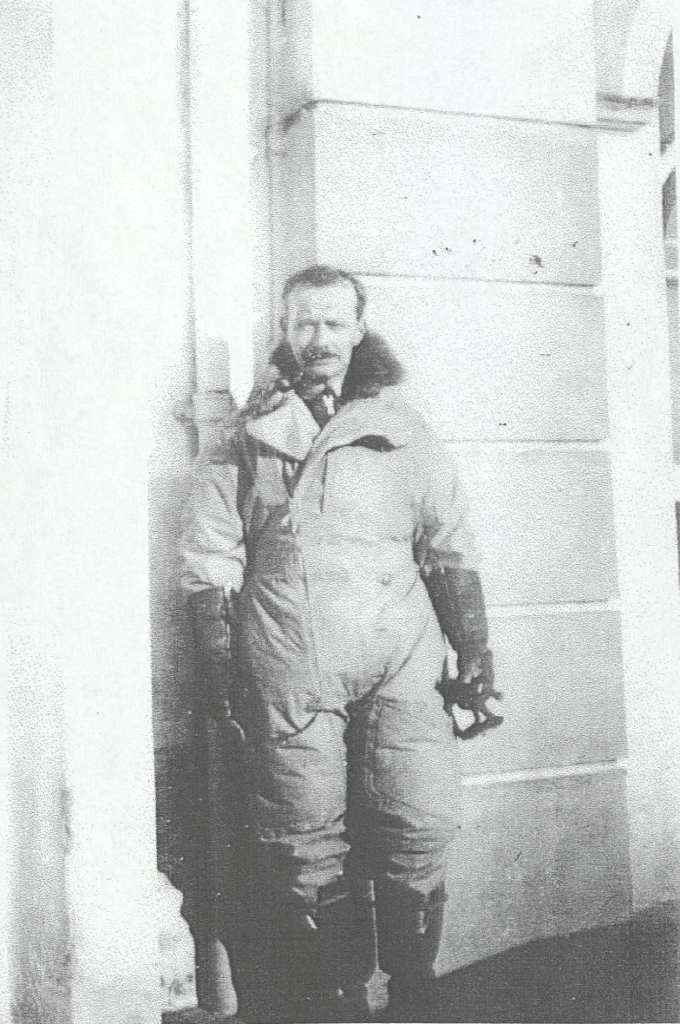