On the 11th April 1944 Sgt Eddie Humes and the crew of Lancaster LL639 set off from their 514 Squadron base at RAF Waterbeach, Cambridgeshire.

The crew’s target that night was Aachen.  After completing their mission they turned to head back home.  At around 23.15 hours a Messerschmitt flown by Unteroffizer Hans Fischer of 12/NJG1 attacked.  Eddie recalls one of the engines caught fire and soon spread along the port wing.  The order was given to prepare to abandon the aircraft.  The crew tried for a few more minutes to extinguish the blaze but the port wing tip fell away followed by the port outer engine.  The pilot could no longer keep control of the aircraft so the instruction to “Abandon Aircraft” was given.

Eddie was the only survivor.  He was badly injured and taken to hospital in occupied Belgium and then onto a German military hospital to undergo surgery.  He was eventually moved to a Prisoner of War camp for the remainder of the war, enduring the ‘long march’ from Poland to Austria before being flown home by Lancaster Bomber.

On the 1st January this year Eddie celebrated his 100th birthday and got a very unusual present.  Linda Driessen, a member of the family who own the land in Molenbeersel where his plane had crashed 77 years ago, had found a piece of metal which they thought might be part of the plane.  They asked if Eddie might know what it was.  Eddie who was the Navigator knew immediately what it was……it was the metal part of Eddies own parallel ruler he used during that flight.  The wood had rotted away many years ago but the metal part was exactly as Eddie had last seen it 77 years ago.  Linda sent the piece to be reunited with Eddie for his 100th birthday.  A very special and unique present indeed. 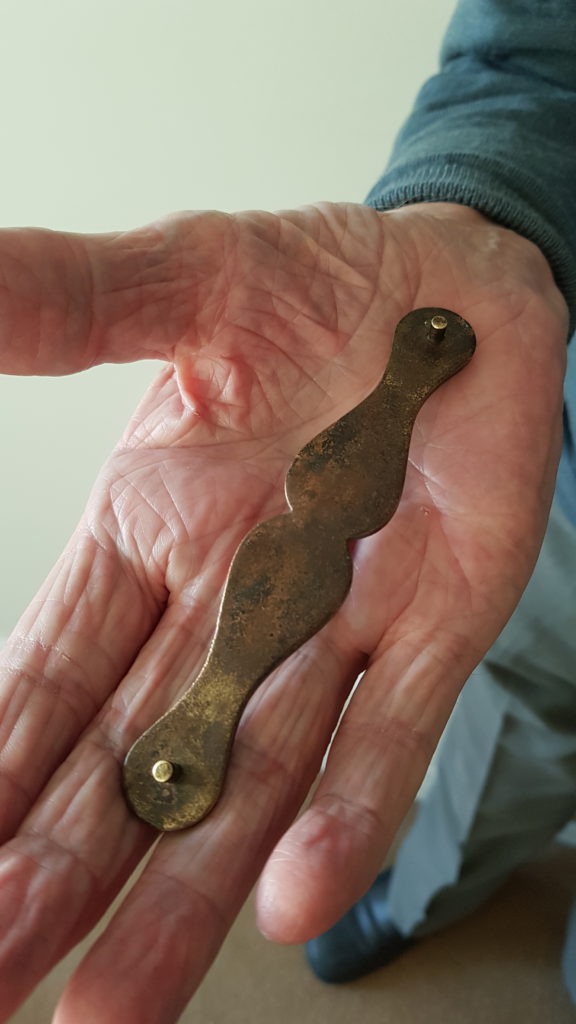 Eddie’s crew are buried at Haverlee War Cemetery and there is a local memorial erected by the villagers in Molenbeersel.