I have been researching my Uncle and his crew for many years and have an awful lot of information, enough to write a small book! A lot of this information is in the public domain and easily obtained so I’ll keep it to a more personal level.

PB542 was the number allocated to the Lancaster flown by my Uncle, James ‘Jimmie’ Clark DFC AFC MID of 460sqn RAAF. from Binbrook, Lincolnshire. His crew were:-

Note that they were all Officers which I understand was a little unusual, but not unique. They were all highly experienced.

Jimmie, like many Australians, volunteered to serve in the war and enlisted in August 1940 in Sydney.  He was awarded the DFC while in the Middle East. He received the DFC at Buckingham Palace in February 1944  at the same time as Frank Whittle received his knighthood (according to my Auntie anyway!)

Jimmie met my Auntie Ivy (Cherrie) Cook who was my Dad’s sister, when he was posted to Home on Spalding Moor and they married in July 1943. Interestingly, three of the other four Australian crew married English girls, three of the four (including my Aunt) moving to Australia after the war. 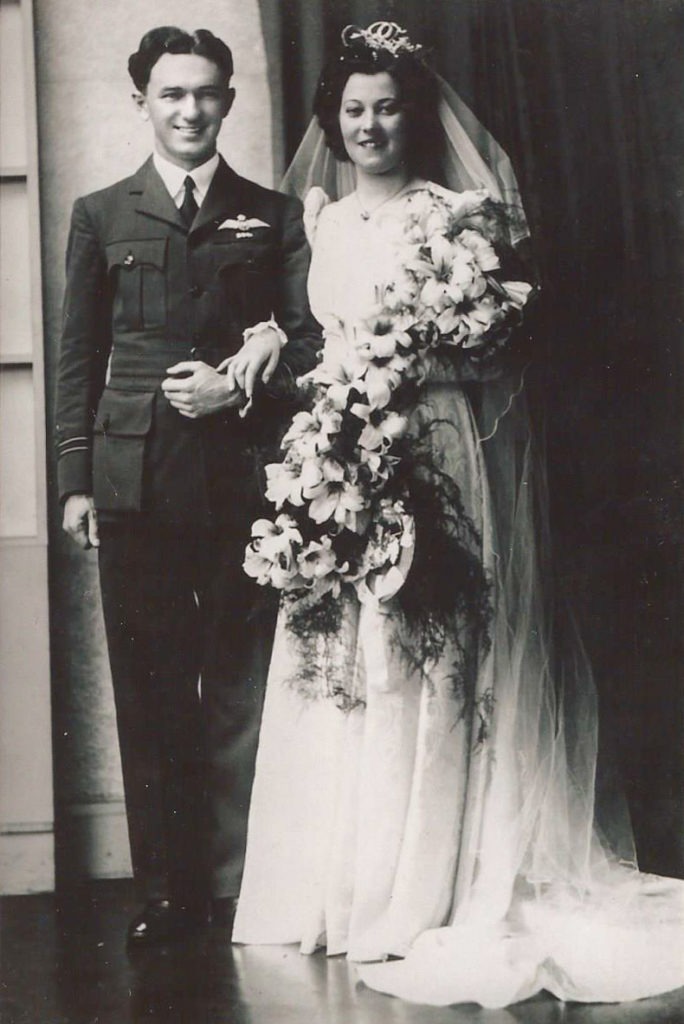 Jimmie had his portrait painted by the war artist, Eric Kennington. The original was given to my Aunt several years after the war ended and she subsequently donated it to the Australian War Memorial in Canberra.

Jimmie was acting Commander of 460sqn when he was shot down although this had not been gazetted at the time of his death. I believe he was the only commander (of 460)  to be killed in action whilst holding that post. 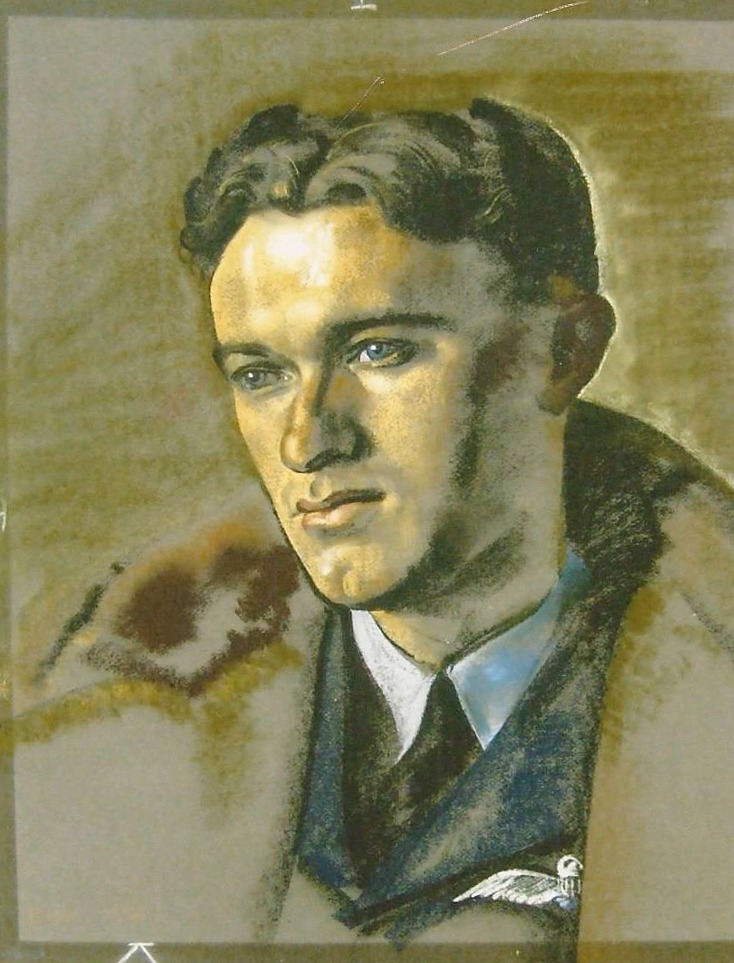 Their Lancaster was shot down over Essen on the night of 12th December 1944. All but one died. It seems that Leon Milner, the flight engineer somehow survived only to lose his life the following day (along with two other airmen) at the hands of German civilians. His story has been told in a book by Sean Feast & Marc Hall ‘Missing, Presumed Murdered’ published September 2018.

Whilst I have been researching, I have been in contact with all but one of the families of the crew and have become great friends with Trish Berghouse, the daughter of Stanley (Pat) Bethell, the bomb aimer. She lives in Australia but we have met several times. There’s another story there! If you would like any information on the rest of the crew, please let me know.

I found it very difficult to decide on the wording for the stone as I wanted to honour not just my Uncle, but all the crew so finally settled on the serial number PB542 in the hope that if family members visit the IBCC they will recognise that number and the date.