Flt Sgt Wrigley served in No. 97 (Straits Settlements) and No. 635 Squadron. He completed two tours and had signed up for a third, however on the night of Wednesday 5th July 1944 he was withdrawn as he had covered for a Wireless Operator for another crew. Lancaster ND895 FZ-W was shot down over northern France that night and all killed apart from PO Ted Pack who was rescued by the French. 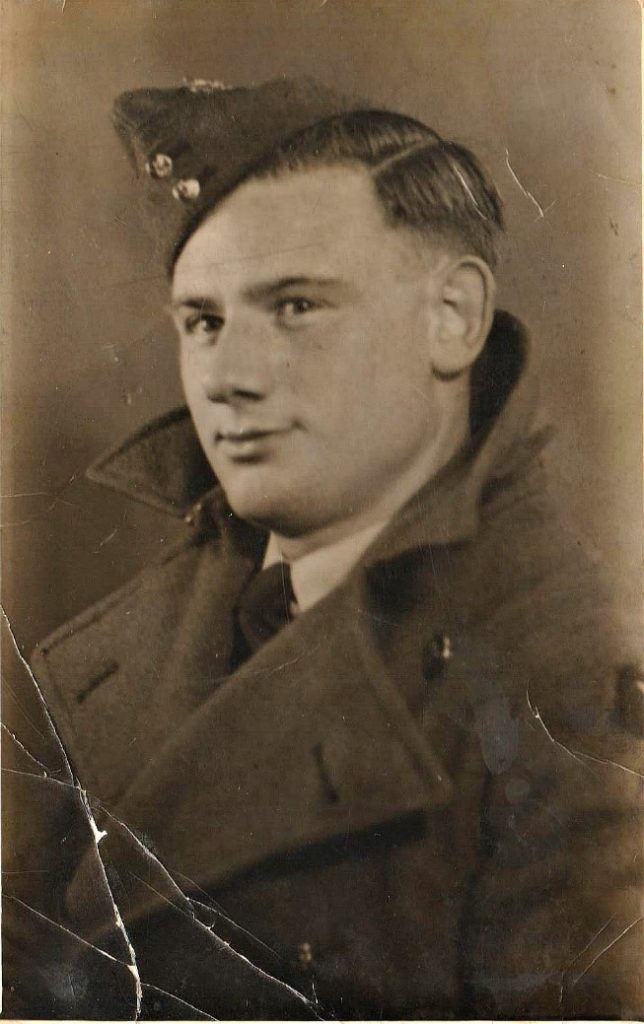 First recommendation: Flight Sergeant Wrigley has taken part in 33 operations against German and French targets. His pronounced ability may be measured by the fact that all his operations in the Pathfinder Force have been as a marker and total 32. He is a member of a highly successful crew which frequently has battled with night fighters. His aircraft has on many occasions sustained severe damage.

Station Commander comments of 20/2/44: This N.C.O. has taken part in a great number of sorties against targets in France and occupied territory, all of which have been marker sorties. He is a successful operator and has frequently been the means of warning his crew, thus enabling them to be on alert from attacks by enemy night fighters. He is strongly recommended for the award of Distinguished Flying Medal.

Second recommendation – Approved: Flight Sergeant Wrigley has been the Wireless Operator of his crew throughout two operational tours. His aircraft on many occasions sustained heavy damage by enemy action, but his coolness and skill have materially assisted in the completion of their task.

Station Commander comments of 20/5/44: This N.C.O’s operational career has been consistent and he has at all times shown reliability. Almost all his sorties have been against heavily defended German targets.

Jim, who spoke little of the war, told his family the D.F.M. stood for ‘don’t fly Mondays’. He died in 2010 but never forgot that night or his crew. 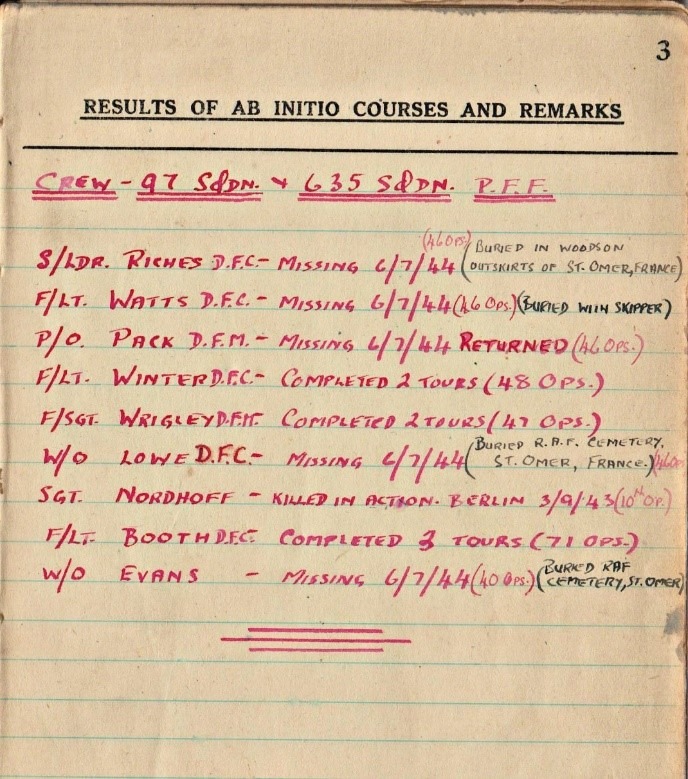 Poignantly, in his logbook, he kept a list of his crew, noting the large number of operations each had completed and how the war had ended for each of them.