On this day in 2015, the IBCC unveiled it’s Op Manna Floral Mosaic, which had been designed by one of the world’s leading floral designers, Jan Guldemond, with the support of the Government of the Royal Netherlands and JUB Holland.

The Mosaic had been planted in a specially created bed on the East Lawn of Lincoln Cathedral.  The planting had taken place the previous September and the final bulbs were laid by the Defence Attaches from 7 countries, the Dean of Lincoln Cathedral, the IBCC Trustees, children from Lincoln Minster School, Hans Onderwater, the world’s leading expert on Operation Manna and Op Manna veterans Dick Tinsley and Len Dorricot. 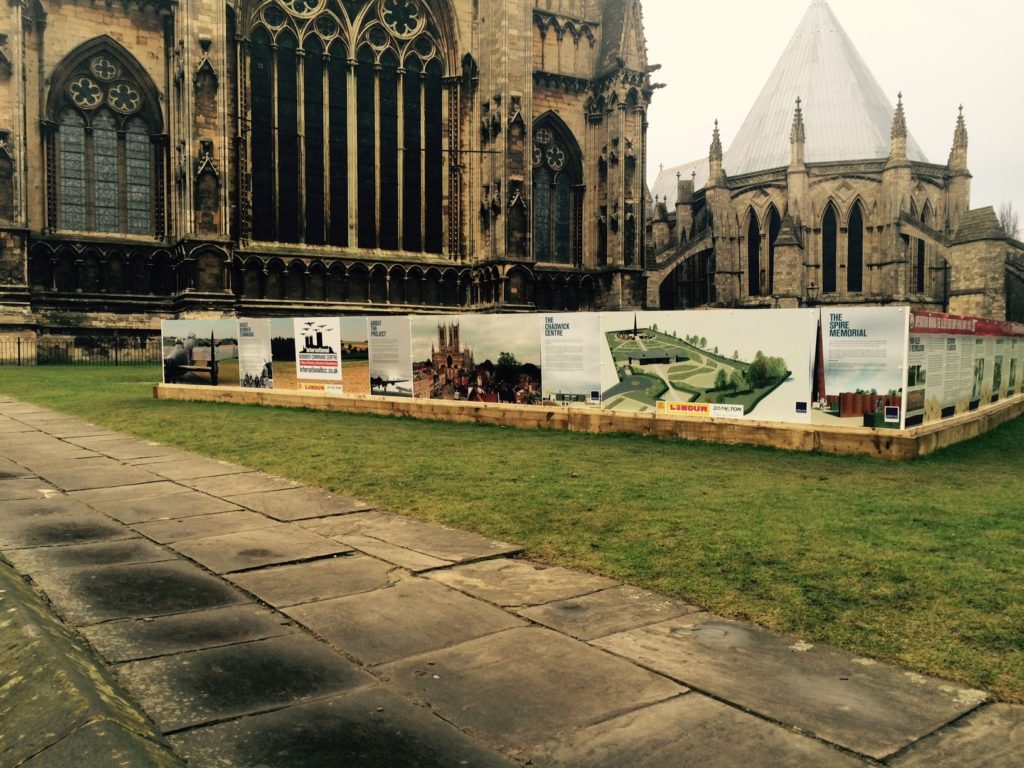 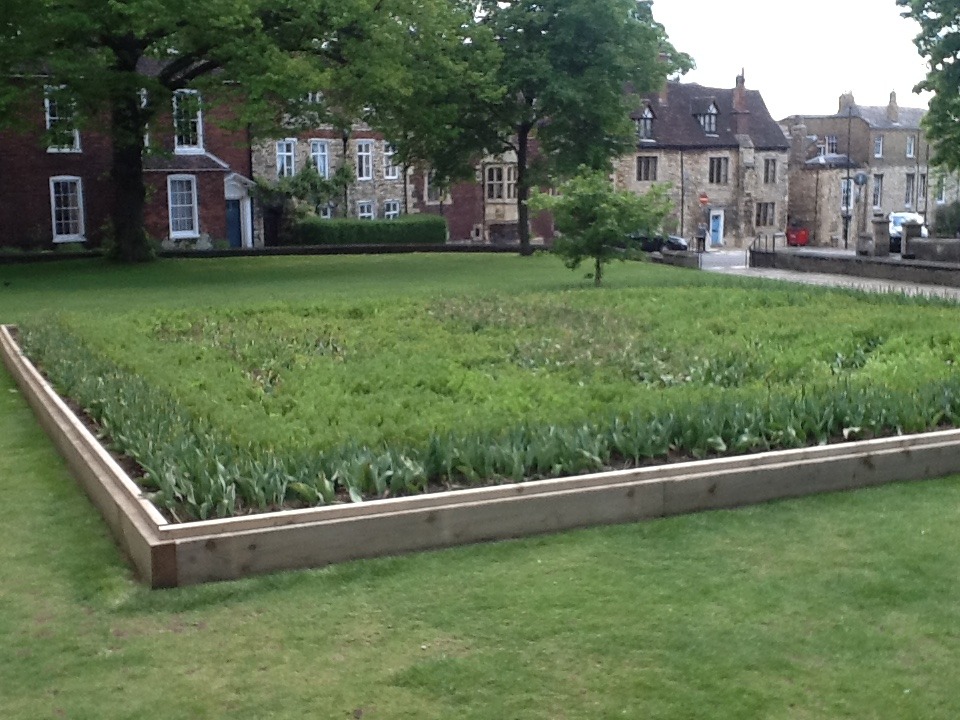 The flower bed in early March

The morning of the unveiling broke to clear blue skies and a little breeze.  The air was chilly as we set up for the event, but by 11.00 we were bathed in glorious and warming sunshine. 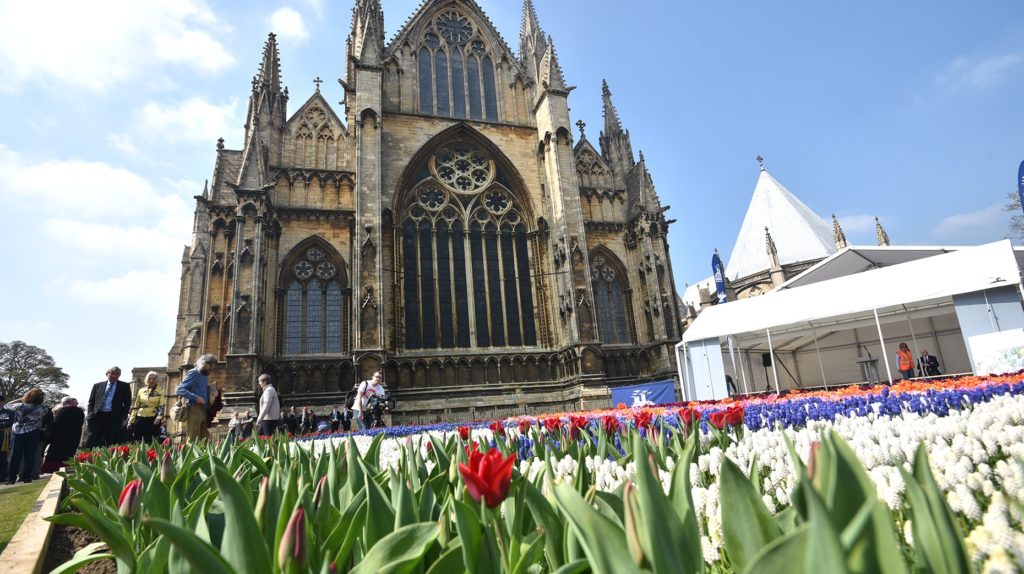 Ready for the off!

By 12.00 the scene was set and the guests started to arrive for a delicious luncheon in the nearby Lincoln Hotel.  From there guests moved to the lawn and congregated in the events marquee, where Tony Worth CVO, Chairman and father of the project, welcomed everyone to the event.  He was followed by a moving speech from Her Excellency the Ambassador of The Royal Netherlands, Laetitia van den Assum, who talked about the gratitude felt by the Dutch people fr the actions of those who had served and supported during the Operation.  Speeches from Major General Dennis Luyt, Director of Operational Readiness for the Royal Netherlands, Air Vice Marshall Rich Knighton, Assistant Chief of Air Staff  and Lt Col Ronald van der Put, Deputy Defence Attaché for the Royal Netherlands followed. 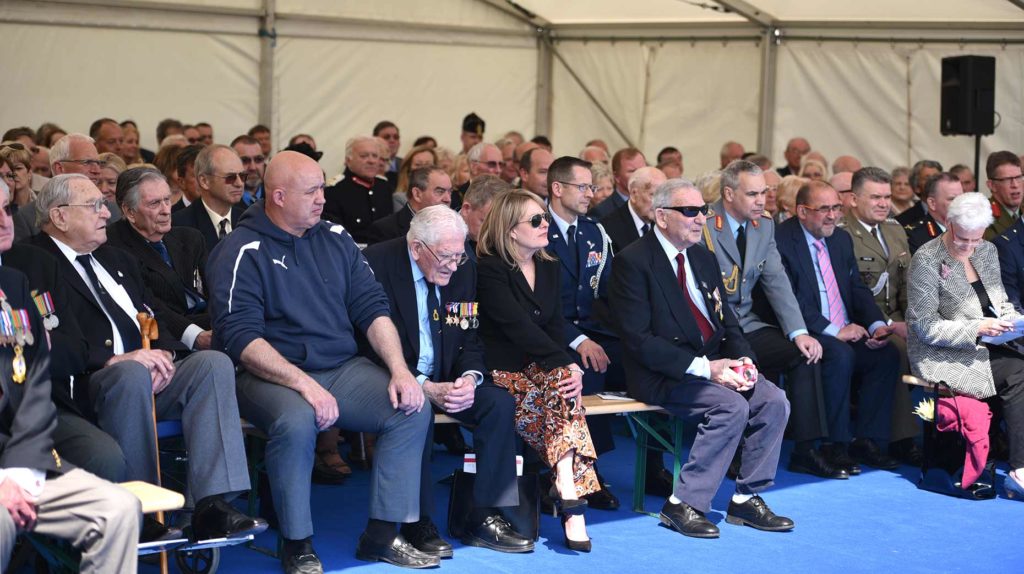 Guests assembled in the shelter of the marquee 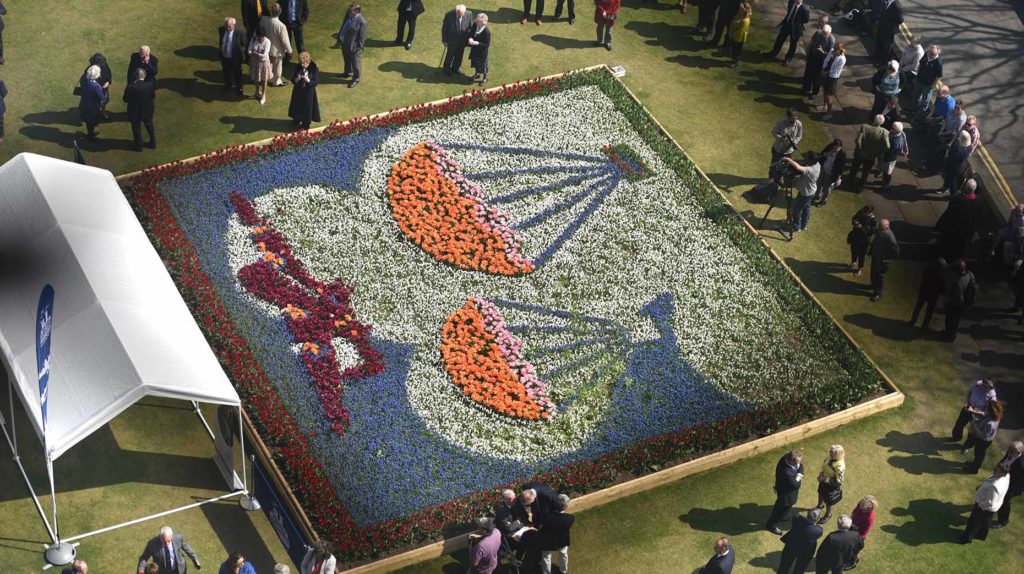 A bird’s eye view of the Mosaic, taken from the Cathedral Tower by Steve Smailes 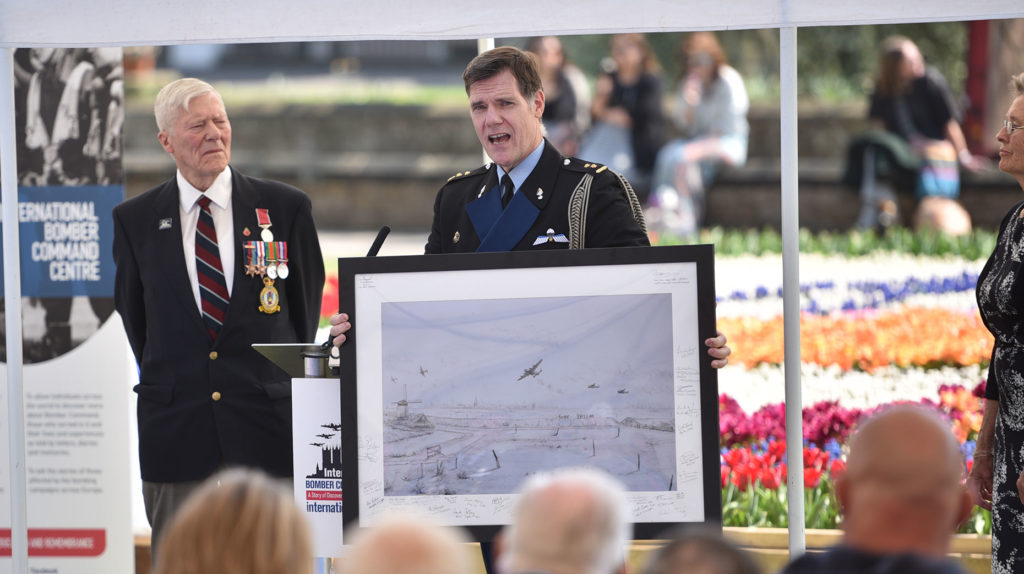 A picture, which was given by the Dutch Government was presented to Operation Manna veteran, Frank Tolley, by a recipient of the food aid, Coby van Riel.  Coby’s life had been saved by Operation Manna.  She had already lost one uncle and her grandparents through starvation.  The picture was signed by every guest at the event.  It was an emotional moment. 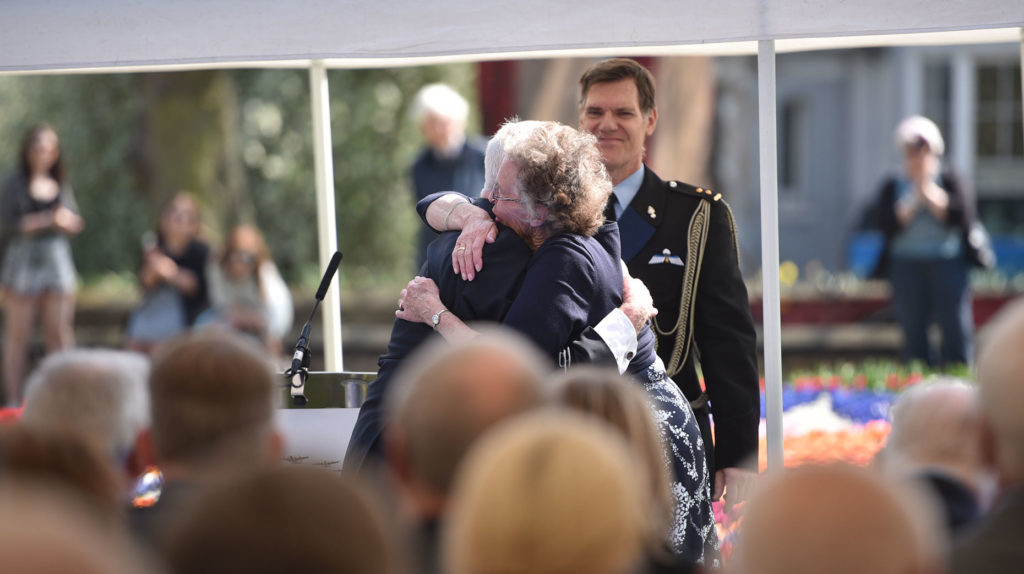 The guests then entered the Cathedral, with a Guard of Honour provided by the Queen’s Colour Squadron, for a service led by The Very Reverend Philip Buckler, Dean of Lincoln Cathedral.  Guests watched a film specially commissioned by Aviation Heritage Lincolnshire by Lincoln’s Electric Egg.  Finally the Bishop of Lincoln gave a blessing.

The following guests were in attendance:

More information on Operation Manna can be found here