Francis Reginald Law – The Story Behind the Stone 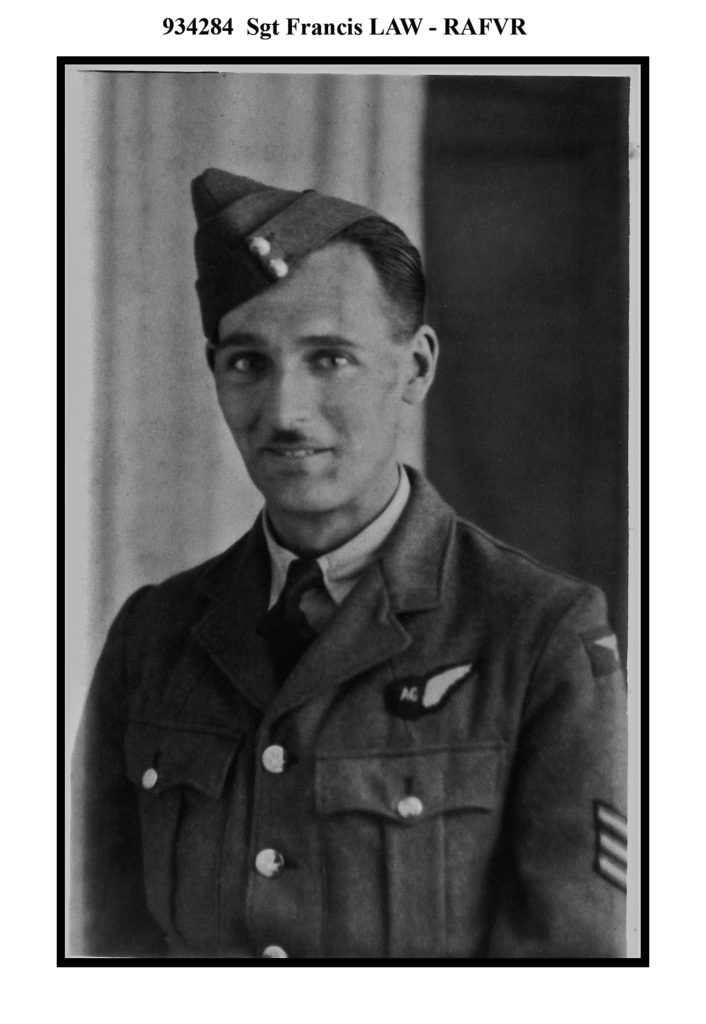 Born in Chadwell Heath, Romford Essex on the 10th December 1911, the oldest of 3 children, a brother Richard served with the Transport Police and a sister Nancy who served as a driver with the ATS.

Francis married in 1937 to Dorothy Chasney, they had no children and on the outbreak of war Dorothy returned to her home village of Rock near Kidderminster

He flew his first Op with pilot, Ivor Mapp, on the 20th October 1941, his first 7 Ops were as AG all with Ivor Mapp – though other crew members were changed. On the 30th November for his 8th Op he moved to the W/Op seat for a bombing run to Hamburg, the crew for this op was Mapp, Webber Law and Lane and this was the crew for the next 6 ops – taking Francis to 13 ops

The 14th Op, 21st February 1942 saw another crew change – Ivor Mapp as pilot, Hector Thompson as navigator – his first op with 50 Sqn having been posted from RAF Wigsley, Francis flew as Wireless Op and Philip Sydney Ballard flew as Air Gunner – his 12th Op, he was posted from 16 OTU RAF Upper Heyford on the 29th October 1941.

Flying in Hampden AE394 (for the first time) They took off from RAF Skellingthorpe at 18.40 on a bombing op to the Rhine Valley, Coblenz.

The run to target was trouble free and weather conditions good. Problems started on the return journey – the navigator fell ill and the pilot set the course for home. As they approached the English Coast the icing conditions got bad and one engine cut from lack of fuel. Unable to find an airfield and as the second engine cut the pilot gave the order to bale out.

Ivor Mapp baled and made a safe landing – he survived a second tour and the war.

Hampden AE394 crashed on Haleys Terrace York at about 2.20am on 22nd February 1942, Hector Thompson and Francis Law were still on board and died in the crash. 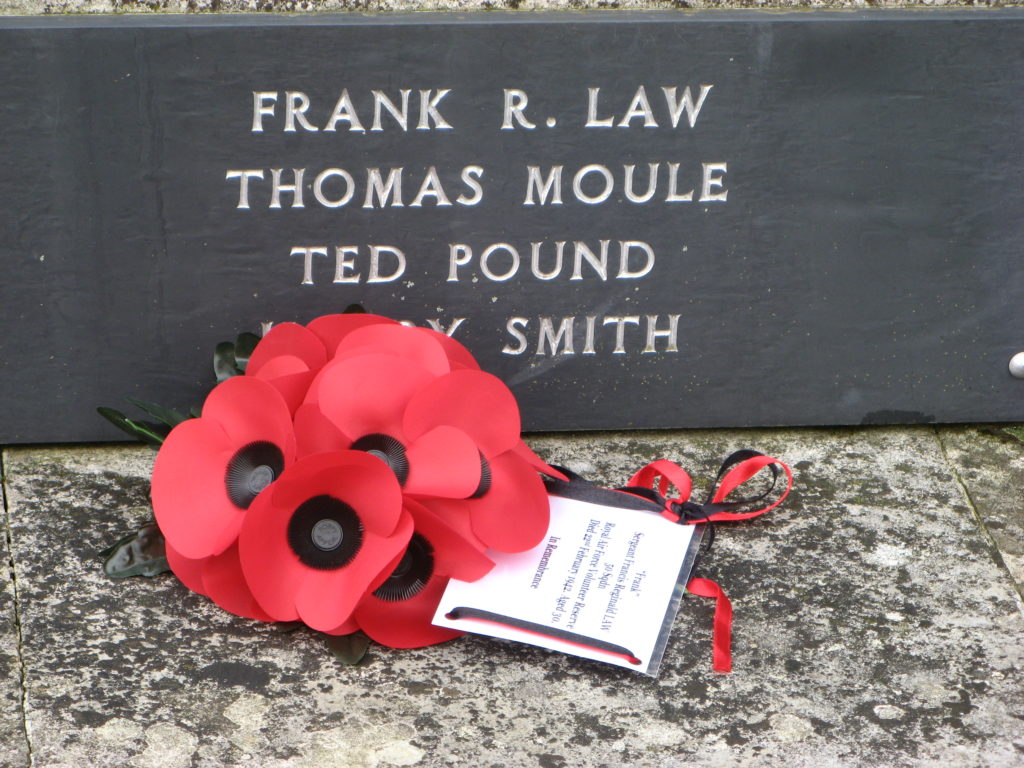 Francis was my mothers brother – killed before I was born. I grew up knowing that he had died – but nothing else was said.

I started my search for more details when CWGC went online in 1996 but searches for the crash site were unsuccessful until I discovered the online ORBs at the National Archive – this gave me the aircraft serial number and led me to the crash site. On the journey to find these details I acquired a lot of general knowledge about Bomber Command and this included the work of the IBCC – which I visited in October 2016, 75 years since the date Francis joined 50 Squadron. A permanent stone at the IBCC seemed a good marker for his life.

For more information on the Ribbon of Remembrance please click here

To send us the story behind your stone please email here