In the quest for visiting and recording Bomber Command Memorials I have literally traveled thousands of miles and actually dread to think exactly how many miles I have clocked up in the process, either my car or my wife’s 4×4 (obviously essential for visiting sites in rural areas, you understand!) In the ten years since I have made making researching Bomber Command memorials a significant project in my spare time, I have visited most parts of the UK, although many areas have so far eluded me. When visiting family relatives, I am guilty of creating the most indirect and obscure routes from Sleaford to where they live in order to visit and record a particular memorial location whilst en-route!

Whilst living in “Bomber County” has allowed me to visit all the local sites with relative ease, a direct drawback of this is that I now have to transit even further to reach previously unvisited areas. During winter months I tend to visit only one or two relatively close sites as lighting conditions deteriorate noticeably early afternoon. However, during the Summer months, the benefit of longer hours of daylight gives more opportunities and I plan to complete roughly about three long “memorial tours” during this time period.

Currently anything up to a 3 hour drive just to reach the first site on a specific tour of a distant area is “normal”. As an example, one Sunday in the Summer of 2019, I left Sleaford at 6AM and returned at 9PM having driven about 500 miles on a route roughly based on; Sleaford > Felixstowe, Felixstowe > Lowestoft and Lowestoft > Sleaford. Despite the distance and time, I visited over twenty memorial sites in Suffolk and Norfolk, all for the “Greater Good!”

As of March 2020, I believe I have personally visited over three hundred separate memorials (probably more) and have at least one thousand separate images stored on my laptop (with a copy on an external hard drive just in case of IT failures!) This interest and passion, really is an ongoing labour of love and dedication, especially as I have to re-visit distant areas on a regular basis as new memorials are also being dedicated at a steady rate. However, the potential for the long-term future is both immense and exciting as there are so many possibilities of where this will ultimately lead!

Memorials to Bomber Command can literally take any form and can be dedicated to; an individual, a crew, a Sqn or unit or an airfield; A selection are as follows;

Main Image: The village sign in North Killingholme, Lincolnshire remembers all who served on 550 Sqn 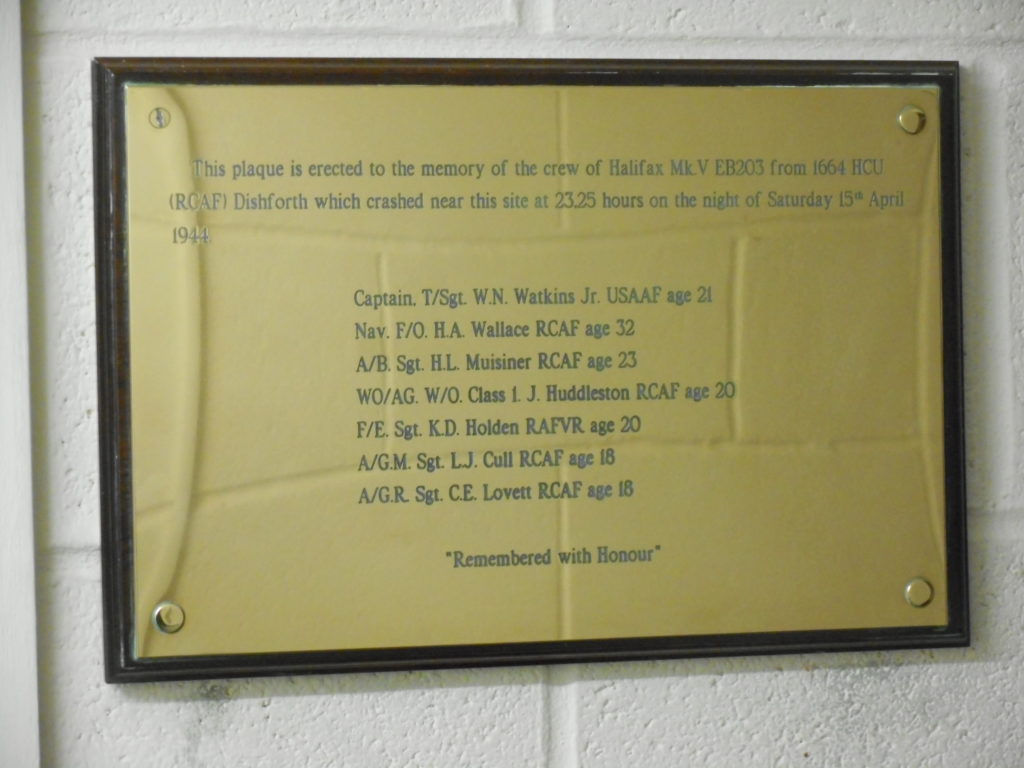 A plaque in the village hall in Bishop Monkton, North Yorkshire remembers a crew lost in training which included a member of the USAAF 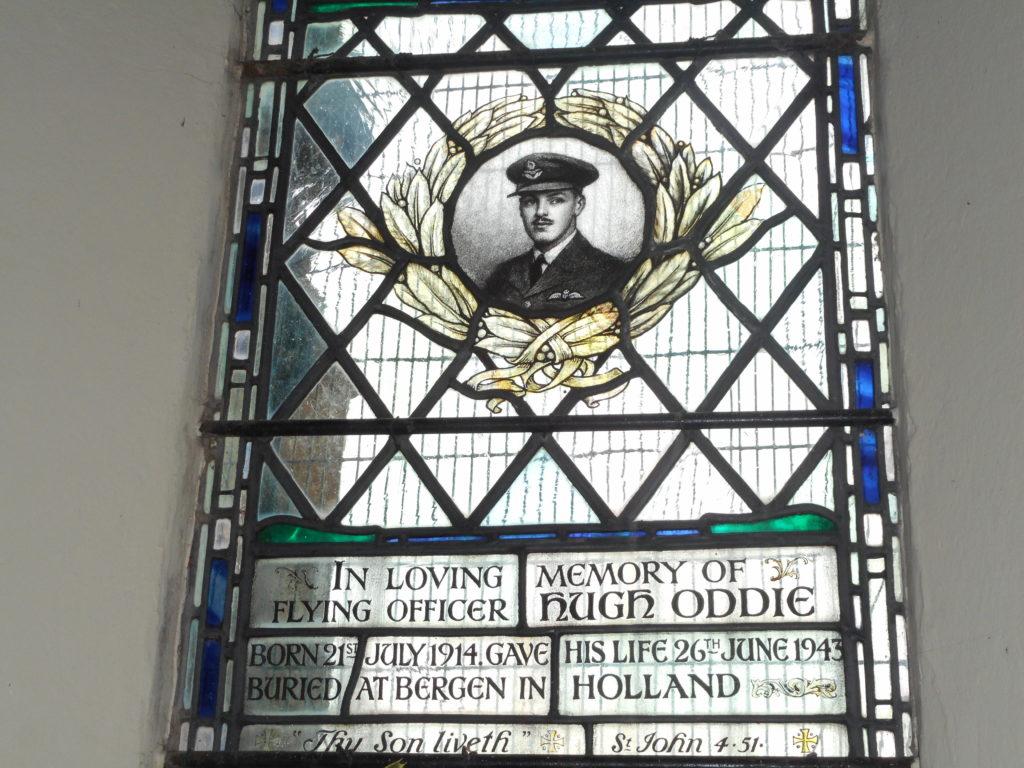